Skip to content
Cart (0)
I was initially contacted by the client back in Feb to see if I'd be comfortable taking a commission that would ultimately be used to transport human ashes.  The client was arranging a memorial service for a loved one who'd recently passed and as part of that service they would carry the remains over a long hike.  The ashes would be contained in a scattering tube but they needed a case to carry the tube in.
The deceased had been an artist and they requested some of that art be added to the case.  Additionally they'd wanted a couple of leggings with the art for the deceased's daughter to wear.  As it turned out the art couldn't have possibly been better for leather carving.  The way he used color and lines was ideal for leather.  They added the deceased's name to the art as well (which I've blurred in the photos to protect their privacy) which seemed really fitting for a memorial.
This was a challenging commission from an engineering standpoint.  Purpose-fit tubes don't have a lot of tolerance and if a seam is half a millimeter off in its diameter the result could be too tight or too loose.  I addressed some of that by adding a splice up the back of the tube which also allowed me to install the handle directly opposite the art.  Leather being leather though, it stretched and contorted a bit during the carving and assembly.  Not enough to impair anything but just enough to make the opening just a bit loose.  My testing seemed to indicate that would still friction-fit but in hindsight I wished I'd included a direct connection between the body and the lid.
It was an honor and a privilege to be able to play a small role with this.  I don't personally know any of the persons involved but it's just so... human. 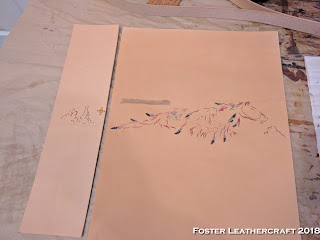 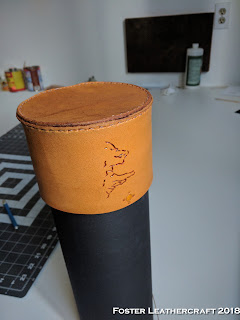 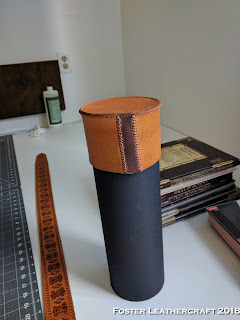 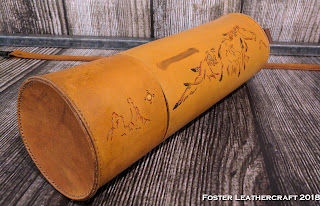 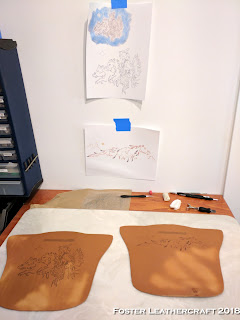 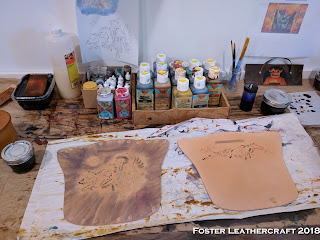 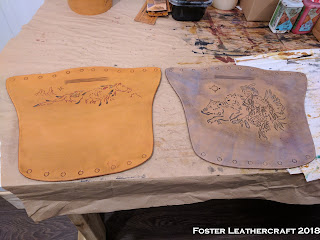 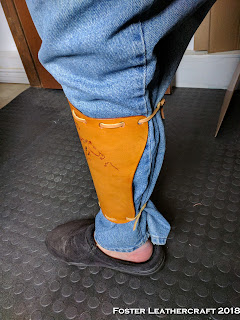 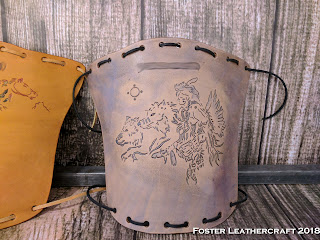 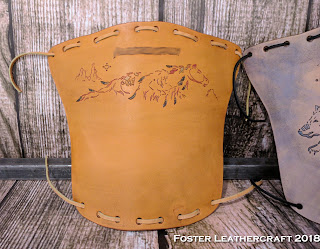 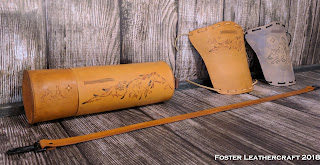