Skip to content
Cart (0)
The was the first guitar strap in an order of three but since guitar straps take a fair while to complete I figured I'd post each one as they finish up.  In this case, the client had a piece of album art work (Rush's Clockwork Angels) that they wanted to use as the basis. It did take awhile but we were able to come up with a design that incorporated the elements he wanted.  One choice that was made was to use an overlay to feature the runes while allowing the background, made with milled veg-tan, to show up behind it.  Overlays tend to make everything a lot more complicated but I'm pretty content with how this one turned out.  I wound up pairing down the number of slots in the strap, but the strip is adjusted so that the total length is still within specs.  It's about 2-3 times as thick as the normal guitar strap but most of that is the milled leather and it's still about as flexible as any other guitar strap.

The completed pictures were taken as the sun's going down here but I don't think the lighting is affecting the photos -too- much.  I might try to get some more photos before the whole thing is shipped off (probably in some weeks). 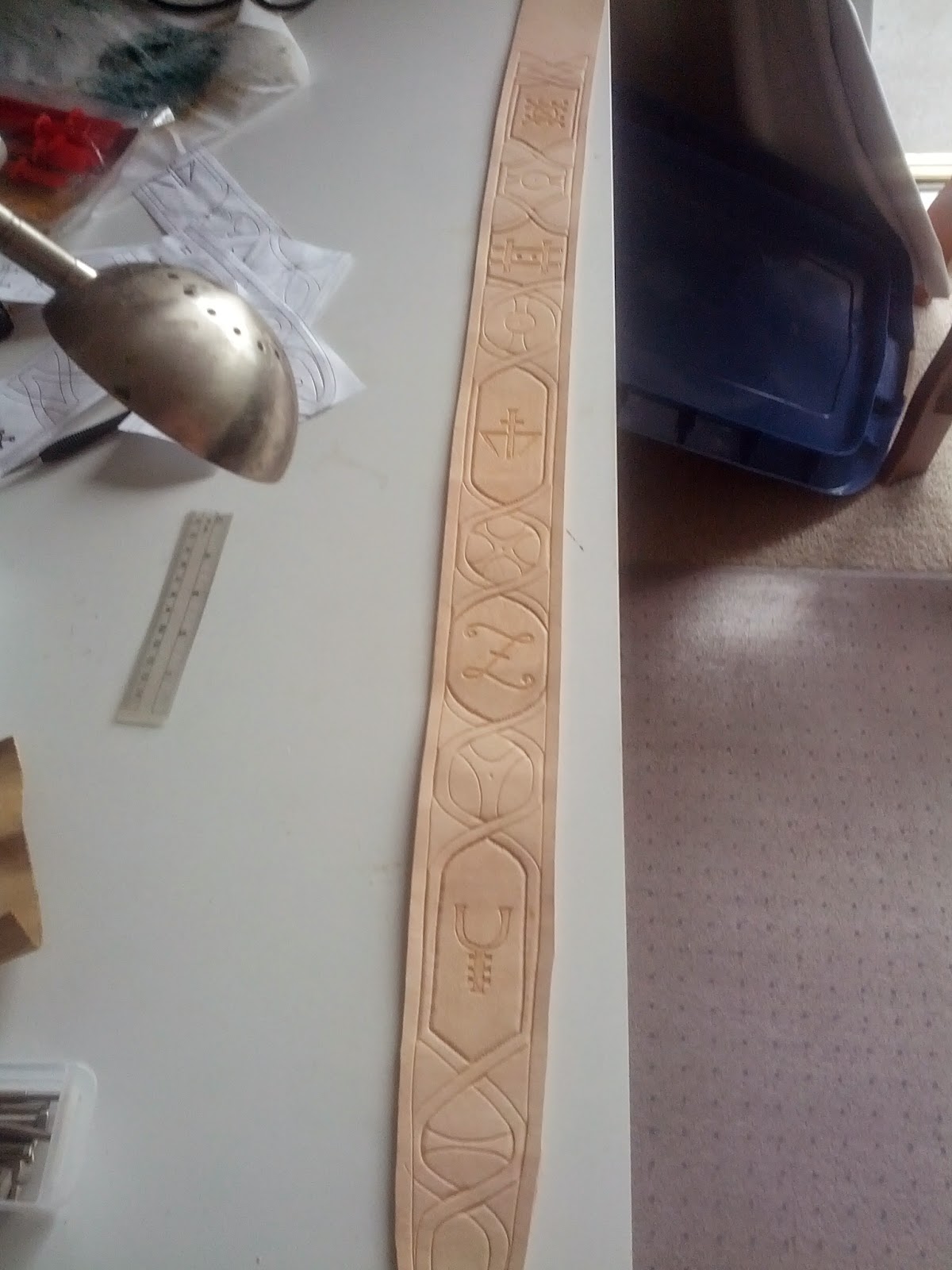 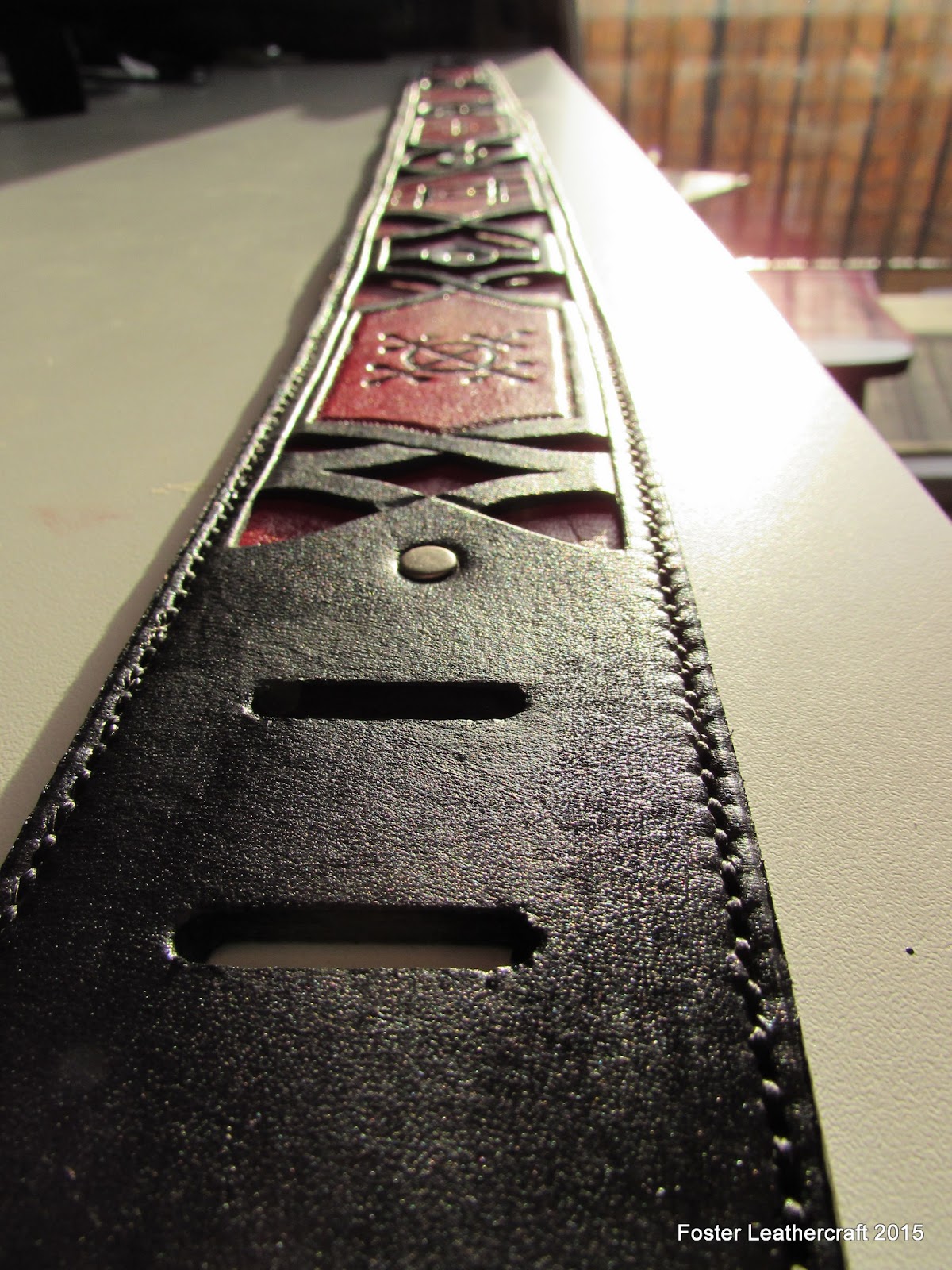 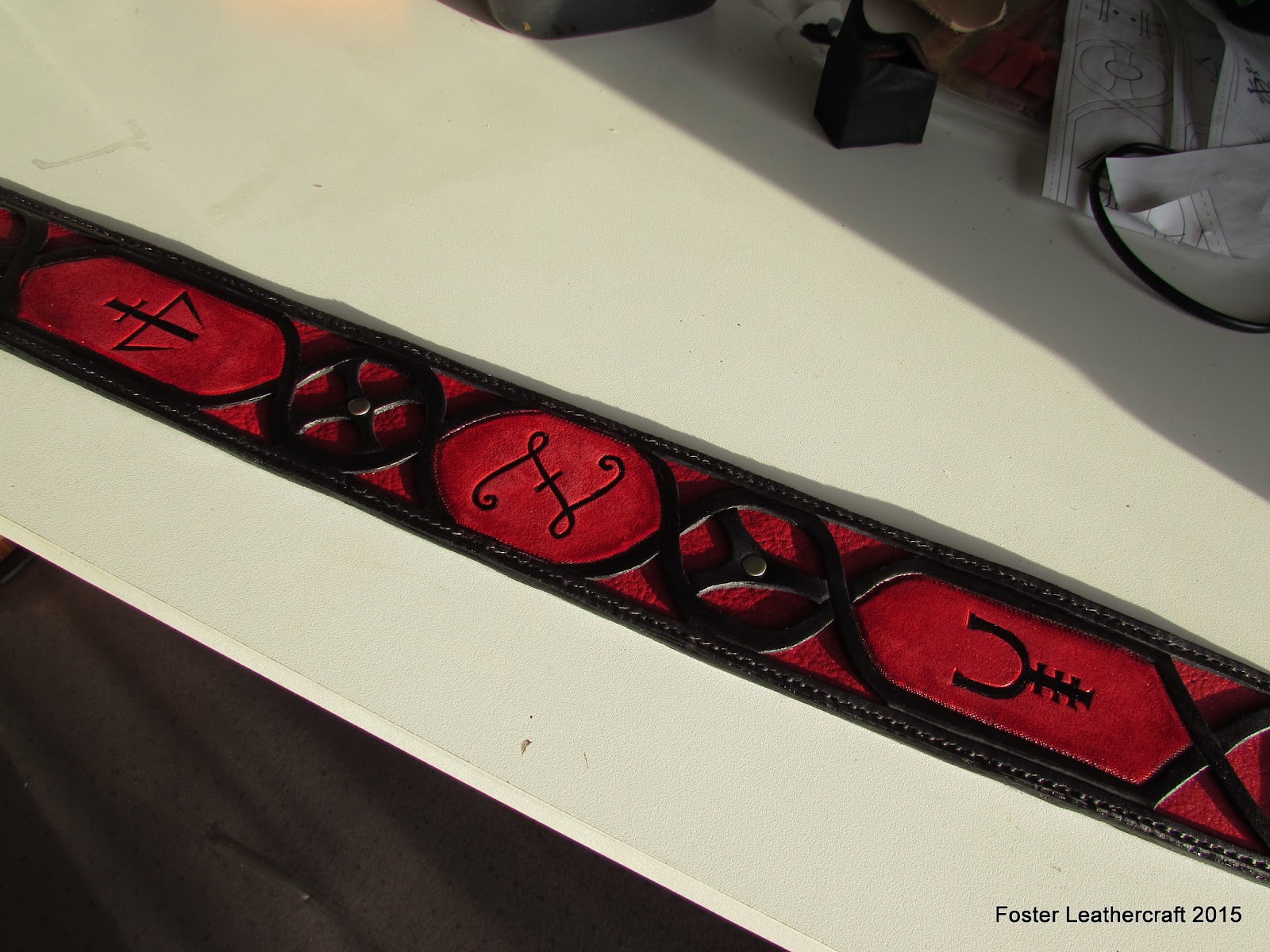 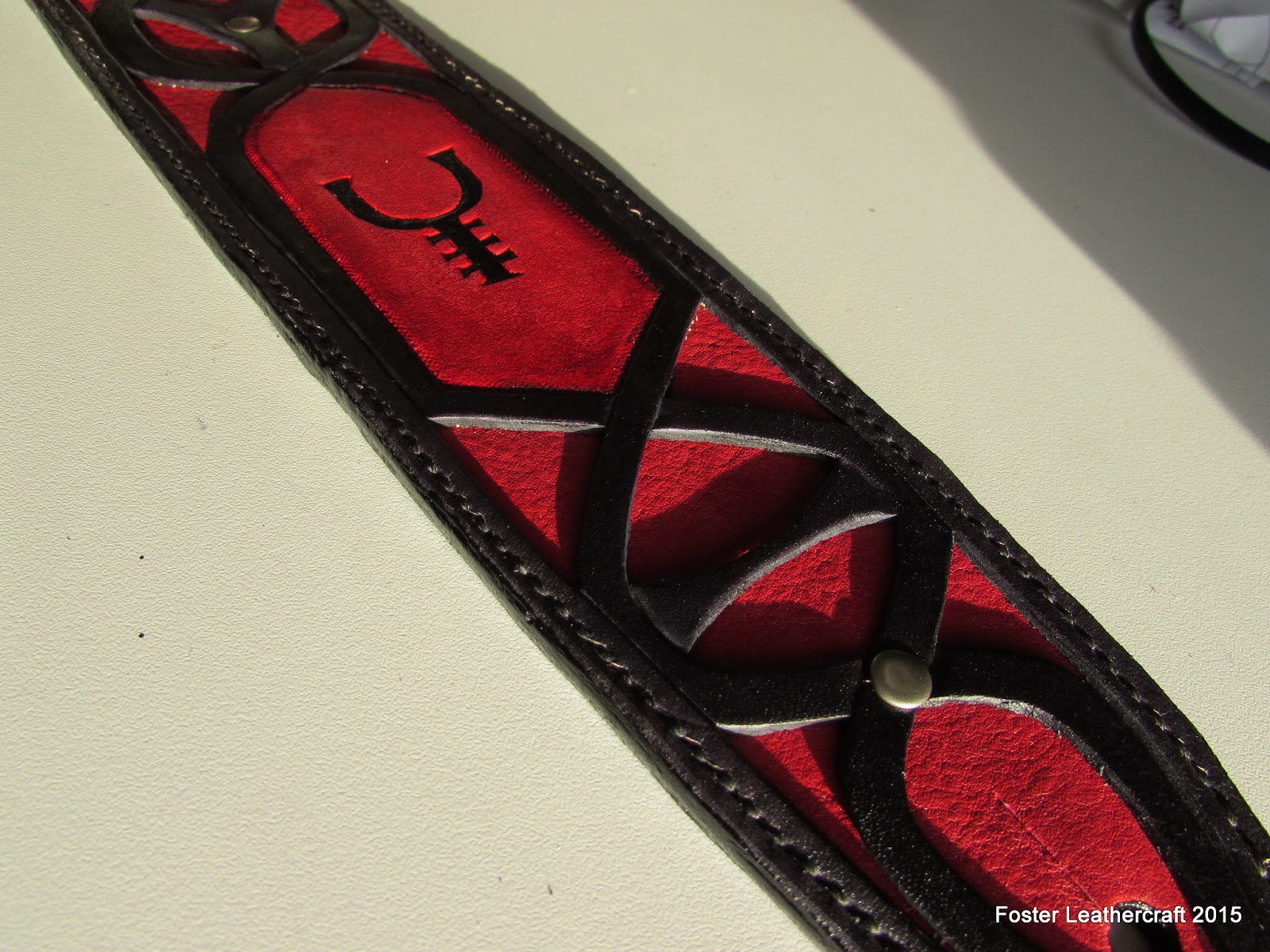 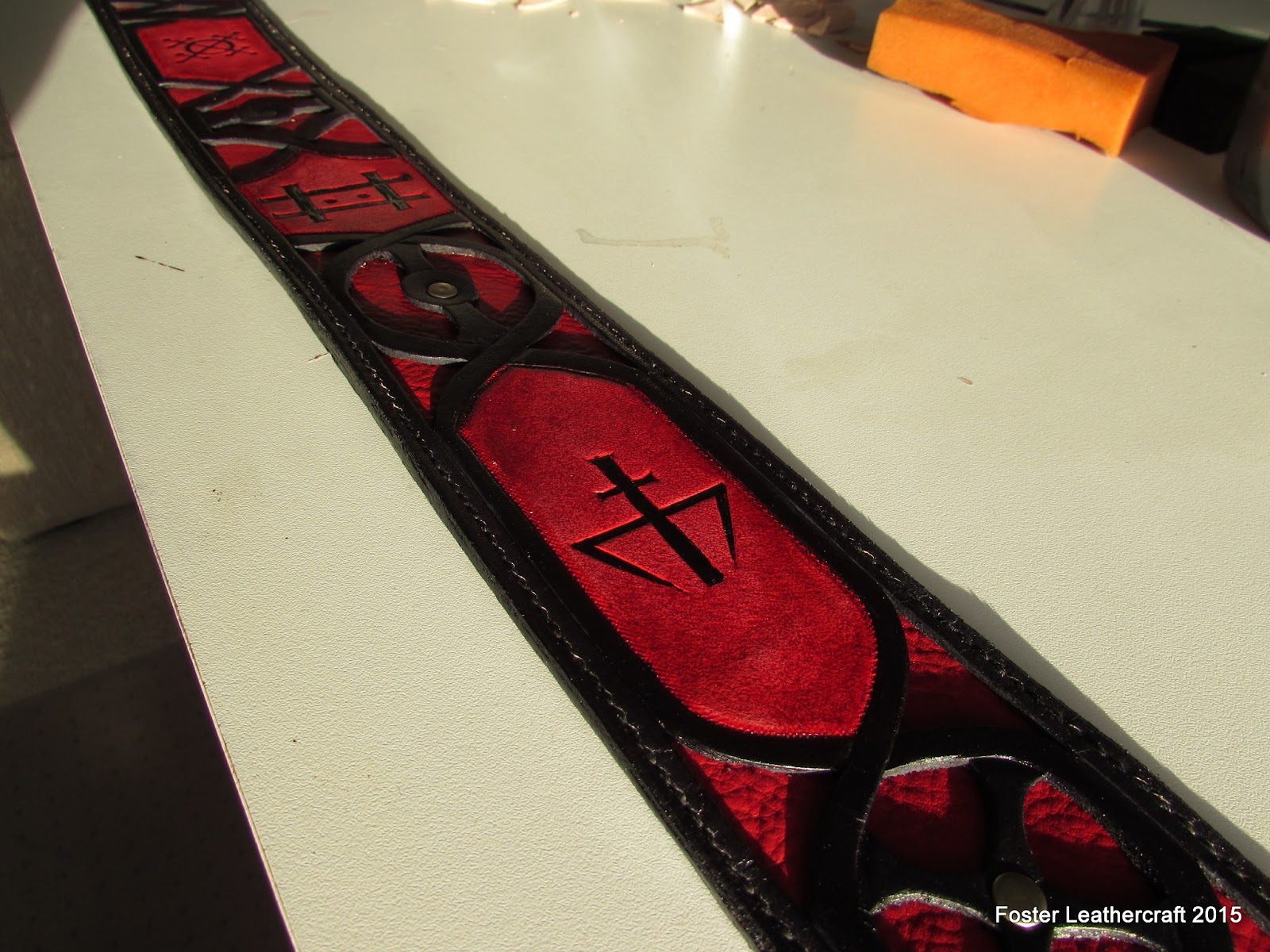