Skip to content
Cart (0)
Ever since I started DMing again I've been wanting to something about all the stuff I was bringing to the table each week.  Between a binder, dice bag, tea tankard, a chest of minis, token box, box of index cards, and a trusty notebook I was stretching my vaunted "Bag of Holding" to its limit every week.  I figured I could make one large toolbox that could carry at least half that and that would make things a lot easier.  And if something makes things easier for me, I figure it might make things easier for others too.

I started out by asking for opinions from the DM's Block fellas and I got quite a lot of useful feedback.  Based on that input and my own personal specs I started drafting the prototype.  That draft took the better part of 3 days to complete but I'm pretty sure I saved a lot more time for having a detailed, accurate draft to start with.  The actual construction seems to have taken about 4-5 days but a lot of that was because it was a prototype.

The original draft called for a compartment within the lid that gave enough space for two rows of upright index cards and a few books, notebooks, loose papers, etc.  Since I was expecting the box to have to carry the weight of 1 or 2 source books I used 1/4" fiberboard for the structural parts.  Once I saw how tall it would make the box I wound up removing the lid compartment and I'm still pretty content with that.  It also means that I could/should have made this prototype out of 1/8" fiberboard and wound up with something a lot lighter.

Some other things I learned from the prototype:
I won't be making a listing for this item on the store just yet since I want to make a few more to demonstrate the customizability of the boxes.  I am taking custom orders for them though 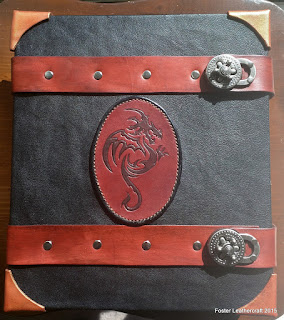 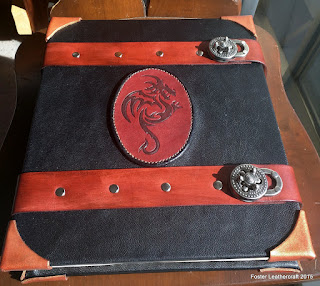 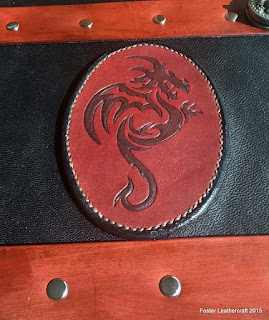 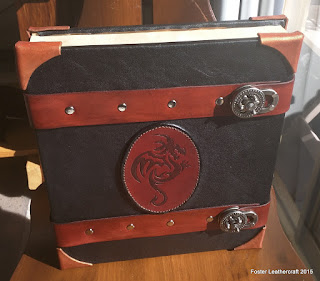 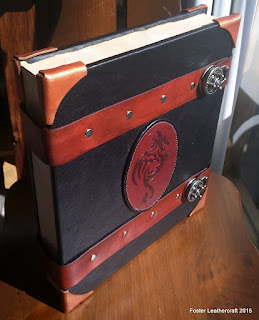 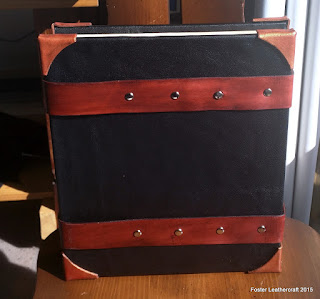 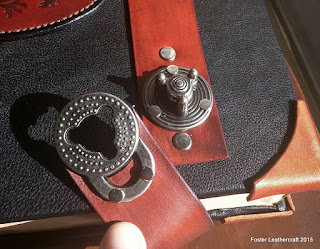 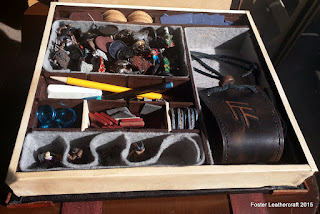 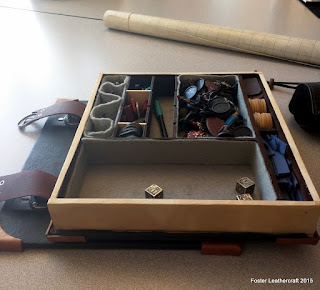