Skip to content
Cart (0)
In one week I'll be boarding a plane and flying back home for PAX South.  Anyone who's been following this blog probably knows how long I've been anticipating this.  PAX has been accurately referred to as "Woodstock for Gamers" and with them opening up a convention practically in my hometown I couldn't not go.  And of course, I'd need an outfit.

I've cosplayed a handful of times and it can be pretty good fun (for a day at least).  I'd originally wanted to do the Light Leather Armor from Fallout New Vegas but by the time I got to the drafting process I realized it wouldn't have been practical for this year.  If nothing else I'd have a devil of a time sourcing a pipboy.  So I switched to generic steampunk cowboy guy, if only because it's a reliable standby.

I just shipped most of my outfit off to my folks in Texas in preparation for my trip.  I didn't think it prudent to try carrying an obvious toy, plastic pistol on an airline so the post seemed the best way to go.

There's a couple of belts, the pistol, some goggles, a random pouch, badge, and bandana. 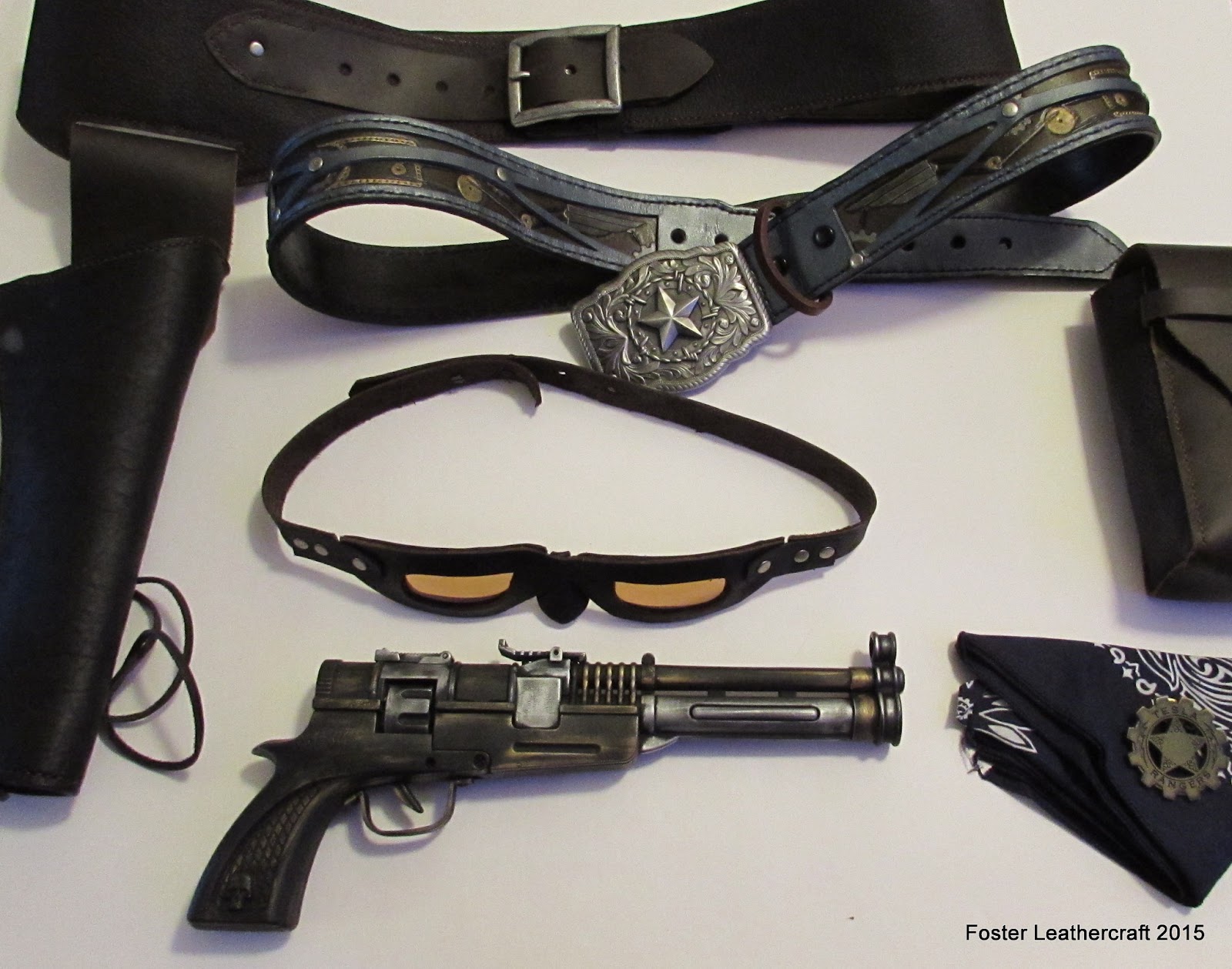 The goggles aren't necessarily the most comfortable but it's the first pair I've ever made and they'll do for this convention.  Maybe afterward I'll have some notions for how to improve them. 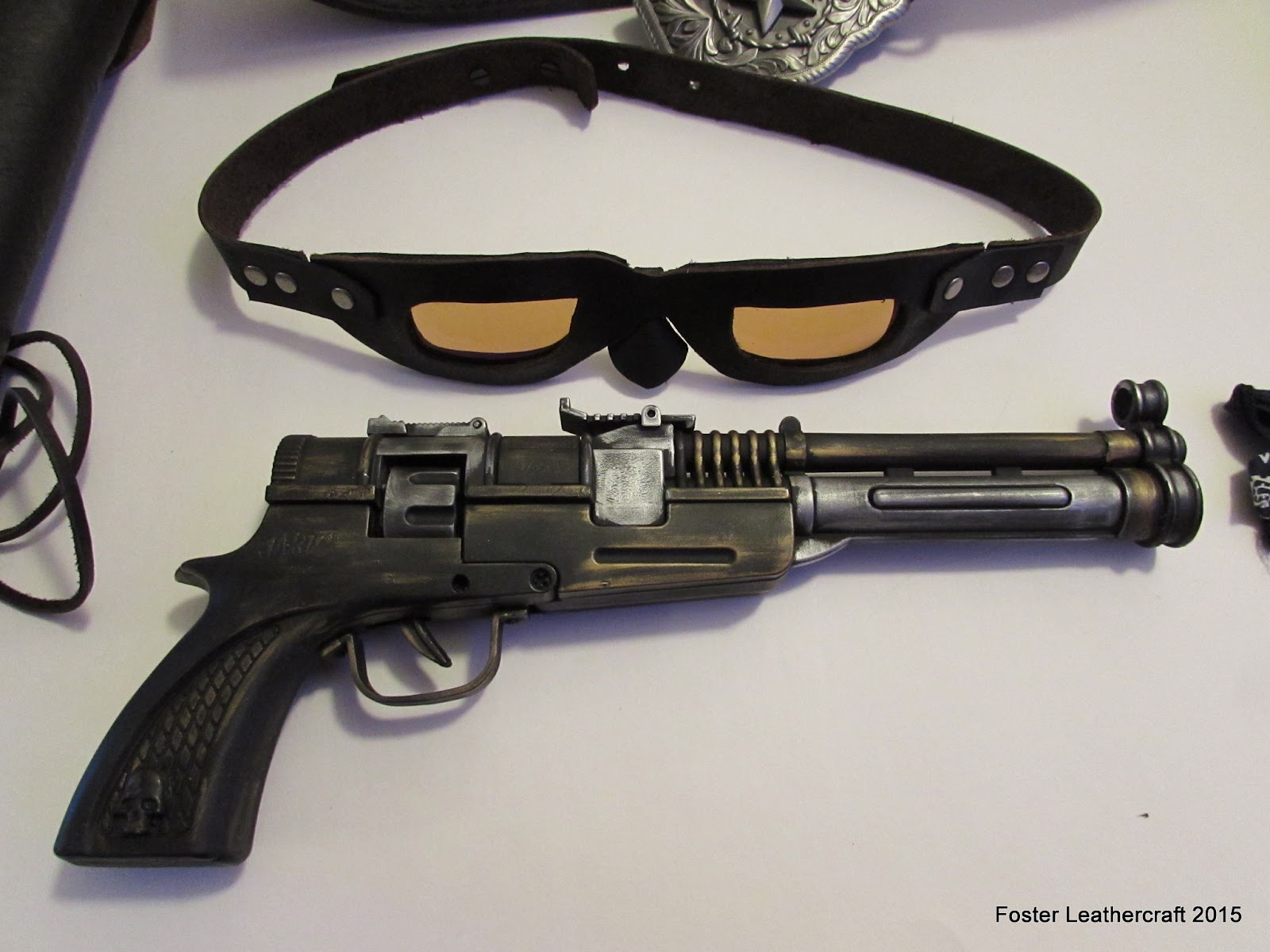 The big wide belt is the gun belt and it'll fit over everything else.  The more colorful belt is a name belt I made a year or two ago.  It's a bit festive for this but I reckon it'll work.  I can always switch to my usual belt at the last minute if it doesn't seem to be working.

The badge was the first gift my wife gave me and it's gotten a bit worn though you can still read "Tesla Rangers" on it.  The pouch is a variation on my usual design.  I'm experimenting with a couple ideas that might make it into production if they work out well. 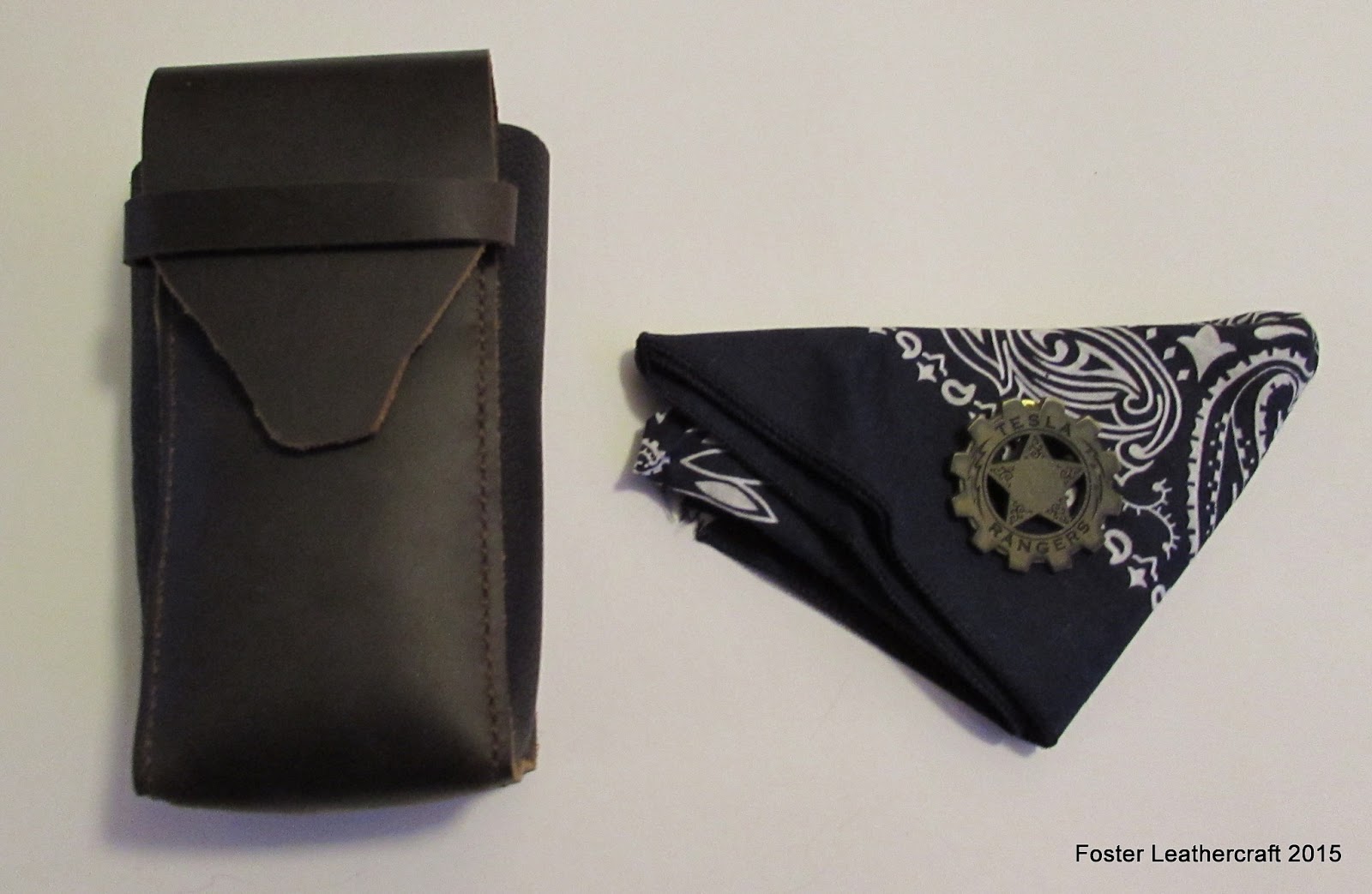 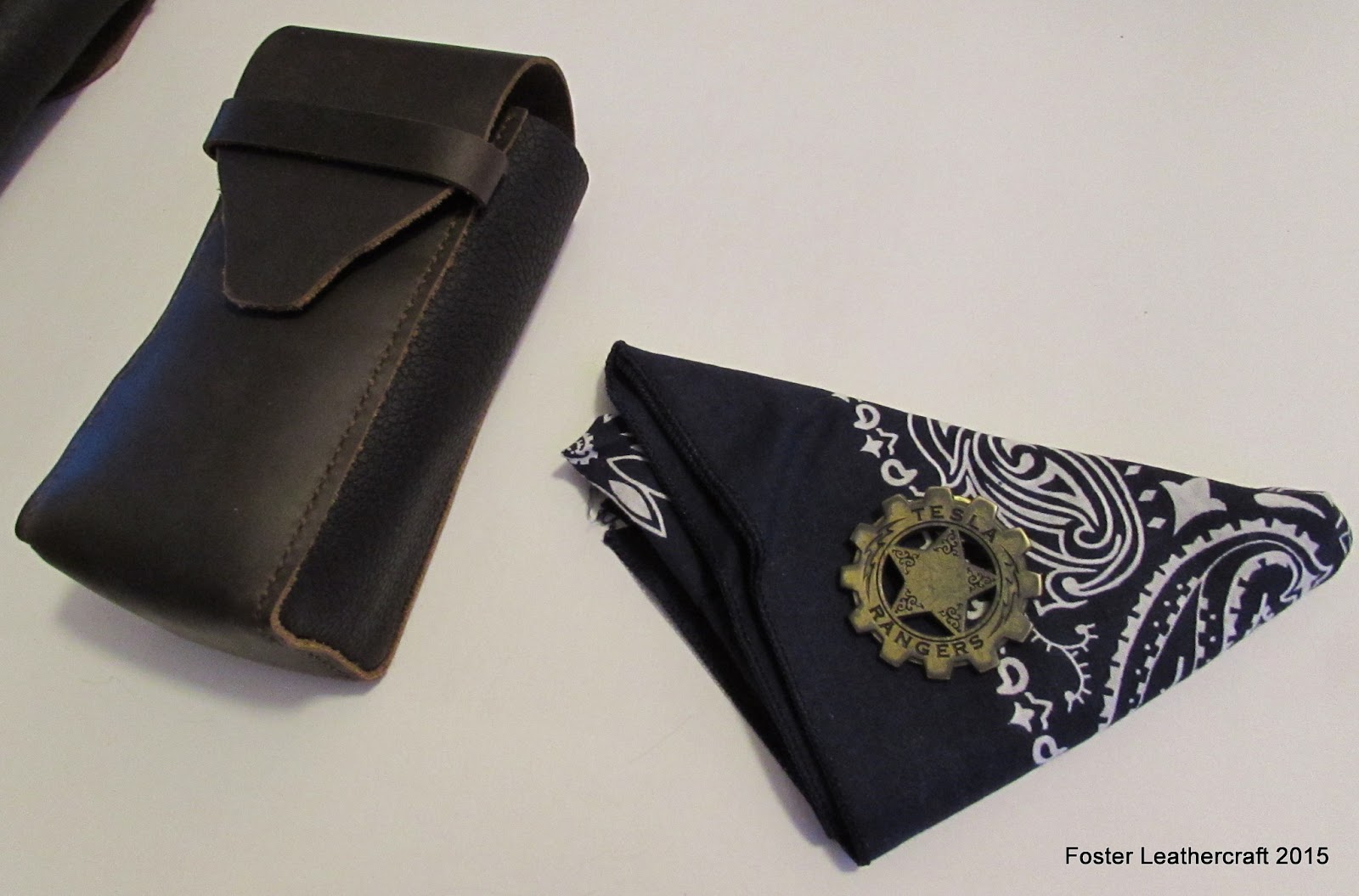