Skip to content
Cart (0)
In this case the client was celebrating their anniversary and wished to commemorate it with a large 11x17" map of where they'd been married: Lake Couer d'Alene, ID.  The contours of the lake were easy enough to trace from Google Maps but the sheer size of the map made it a challenge to work with.

One unique aspect of this order was that it's the first where I've printed a single-use stamp to transfer more than one character at a time to the leather.  This is generally problematic for a number of reasons.  Smaller characters (like lower-case) are usually too dense to transfer well and the fine angles and details of "handwritten" or cursive fonts don't always come out.  In this case it took me a couple of tries to print a stamp that would transfer to the leather in a way that I could cut and carve the label.  As a technique it could use a little more refining but it'll allow me a far greater versatility when it comes to carving writing than I've had before. 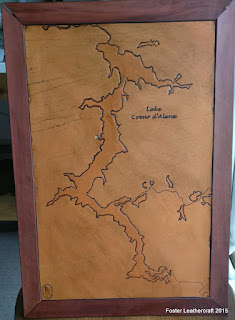 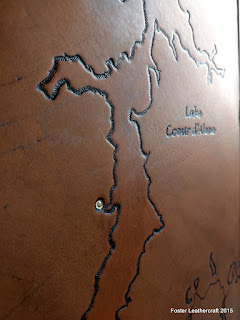 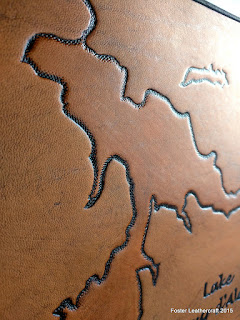 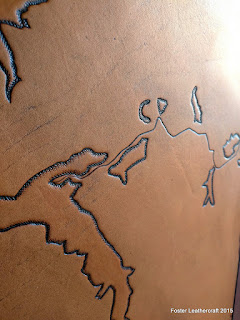 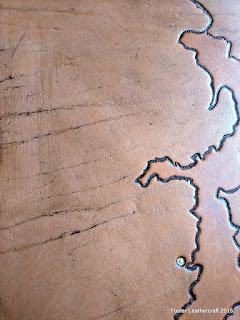 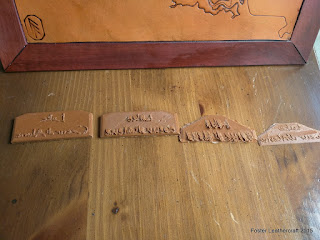 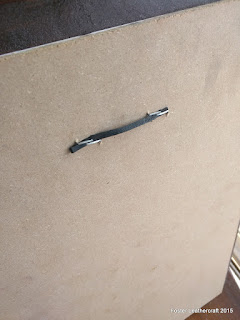