Skip to content
Cart (0)
Despite a fair bit of overlap it isn't that often that my daily work and our weekly games interact but this project was one of those times.  Doing the research and drafting for this map showed me just how detailed Waterdeep's background and lore really are.  And when I told the rest of our table about it we wound up picking up Dragon Heist to explore it ourselves.

Getting back to the map, I traced a map of Waterdeep from an older edition to make the draft.  When I started I believed I had the correct map and didn't realize my mistake until after I was 4 or 5 days into the drafting.  But the biggest difference is the Upper Downs, now known as the Field Ward by Dragon Heist-y time. 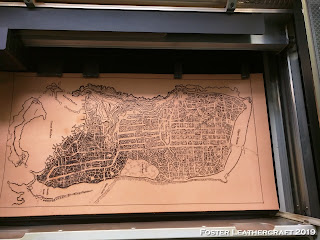 To get the most out of the scale we decided to really push the limits of the laser cutter and ran right up against its margins.  This turned out to be a hurdle when I began engraving the draft onto the leather since different elements wound up with different margins.  That took some sorting to work out but I was able to disguise any missing bits with a little hand carving so it all worked out.

And the final result looks pretty darn nice!  I'm hoping to do some more tweaking, clean up some elements and maybe add some topography, and make this a regular item on the shop.  Because cool! 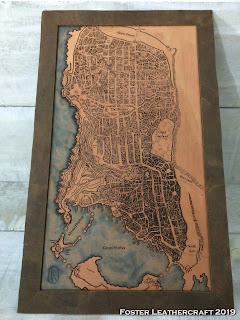 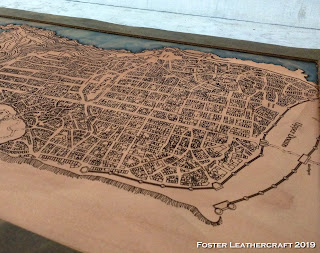 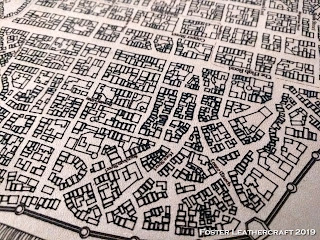 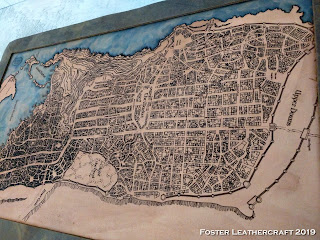 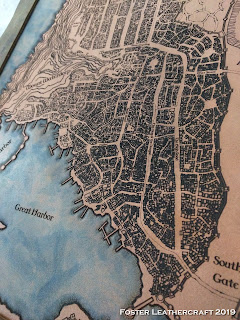 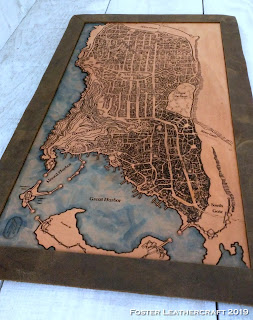