Skip to content
Cart (0)
Now that the holiday crunch is over I've been trying to catch up with our campaign maps.  Everytime we finish a campaign I like to carve a map of that setting and hang it on the wall over our game table.  I'm just goofy that way.

My wife dreamed up Arcadia last year.  She'd never gotten around to naming it by the time we were playing it so it started out being called Aidan (which she wasn't a huge fan of) until one of the players recommended Arcadia.  We had a pretty weird troupe of characters exploring a "typical" fantasy world trying to prevent the arrival of Tiamat (because who wouldn't).  We had Tik, Kobold Barbarian Hero; Merrill, Half-Elf Bard from the Guild of Tongues; Oskar, a human teenager who thought he was a dwarf cleric; and Gunnolf, a spec ops veteran turned bounty hunter.  There was a fair bit of tension between some of the characters which eventually resulted in Gunnolf leaving the party late in the campaign and being replaced by Error, a Warforged Paladin of Bahamut.  We had some pretty hilarious times too, like when a Bullywug King tried to romance Merrill and followed him around until the end of the campaign. 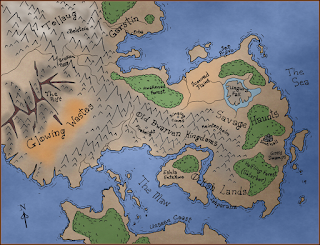 This was the first of our personal maps that I've built a frame around.  I didn't leave myself enough overlap to conceal the stitching but it works pretty well in the shadow of the frame. 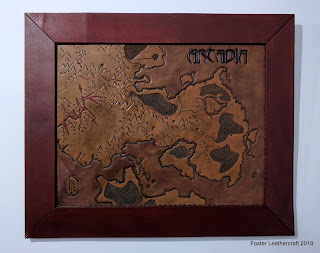 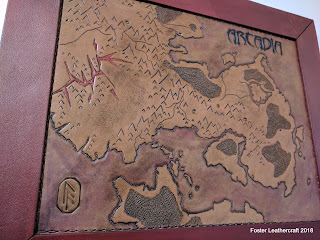 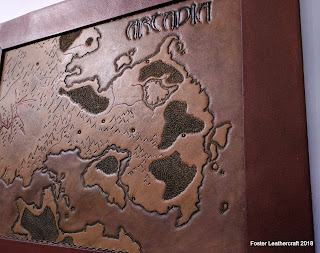 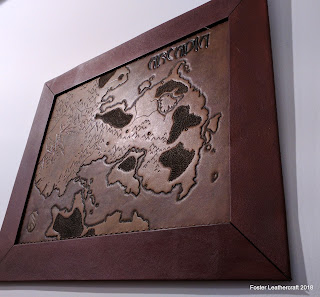