Skip to content
Cart (0)
This was my first full-blown map to incorporate the laser cutter with traditional carving.  The original map was drawn back in the days of GeoCities and has been used in a campaign that's been unfolding since then.  This venerable campaign was just wrapping up this year so the map needed to be something worthy of that. 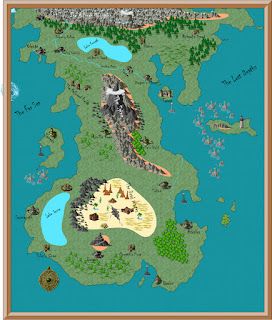 I started by turning the original into a draft which took about as much time as all the other steps combined.  I redrew the coastlines by hand and inked them up nice so they'd scan into the computer.  Then came lots of testing to see what worked and what didn't with the cutter and all the different types of terrain.  Forests in particular were tricky but ultimately I would up going with a fairly traditional approach. 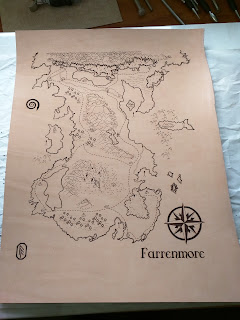 From there it progressed like most maps.  After it finished casing I did the carving and added some of the color back with some tinting. 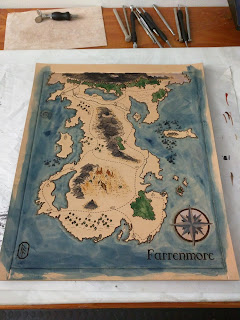 The overcoat wound up being thicker than I was expecting.  I was planning on the color being about half as strong as it wound up being.  But most of the tinting still comes through to some degree so I can get away with making a note to dilute the get a little further next time. 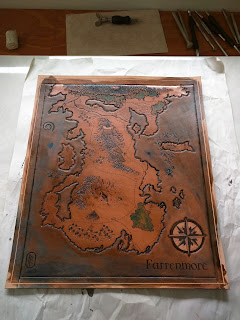 Then comes the assembly stage, where the leather gets stitched down to some MDF and frame gets glued on to get it all purdy looking. 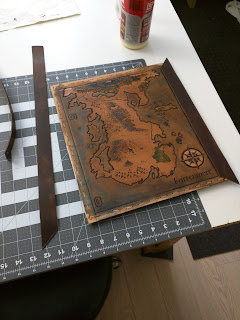 And that's how we get a damn fine map! 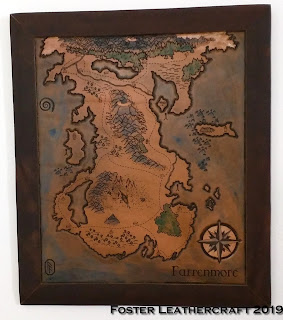 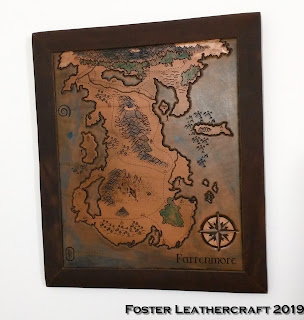 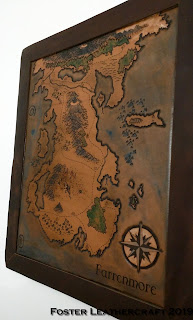 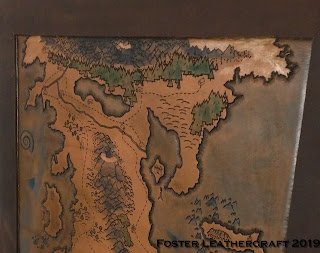 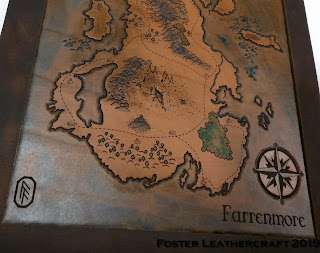 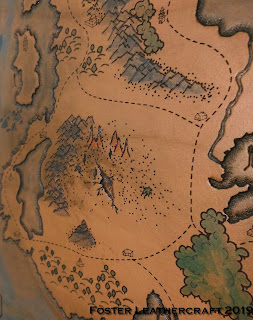