Skip to content
Cart (0)
This was another large order for a video game cosplayer.  This fellow was looking to cosplay a character from League of Legends which I'm vaguely familiar with, but not exactly up to date on.  So if the particular character has a name I'm not aware of it.  For our purposes the important bit were the three pouches and the two bandoleers.  The client will be building the rest of the get-up himself but that still left me with a fair amount of work. 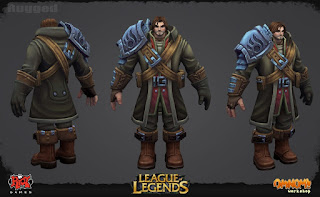 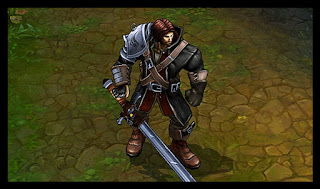 We used a bit of photogammetry and scaling to figure out all the right dimensions.  This still required a fair bit of guess work since we weren't sure how bulky the final outfit would be.  And then there was the limitation of the available hardware.  The bandoleers in the photos seem to be about 4" wide, but the largest commercially available buckle we could find was 2.5".  We figured the bandoleers needed to be 72" long, which is a lot to cut from one hide.  That meant they'd need some joints, but fortunately the second image gave us an idea of what those joints should look like.

The pouches were relatively simple compared to the bandoleers.  I modified my usual pattern to place the seams where they seem to be in the pictures.  I then 3D printed the lips of the lids so that they would interlock with the leather.  They're held in place with some glue but, frankly, the joining between front, leather, and back is so solid that I suspect tension might have been enough. 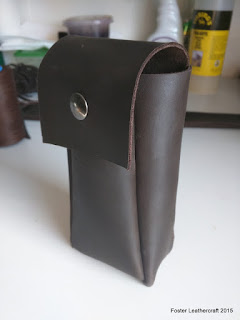 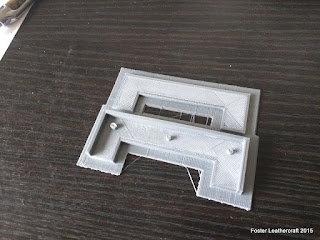 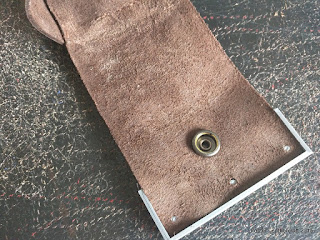 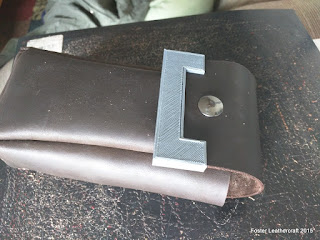 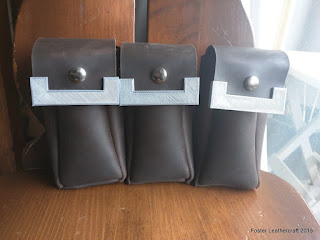 The bandoleers were a bit trickier.  They seem to have a raised edging which I was hoping to duplicate by gluing on a 1/4" strip of leather around the edge.  I underestimated how impervious stoned leather is to glue though and wound up having to switch to veg-tan instead.  The end result seems to have come out pretty well.  The stain's rather close to the stoned leather and with only a light coat of finish there isn't that big a difference in gloss. 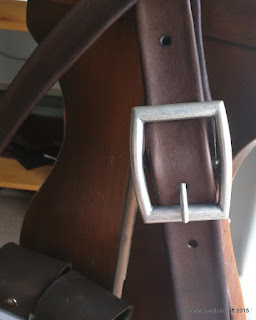 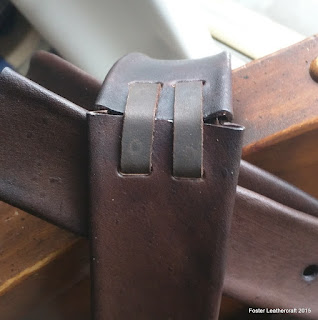 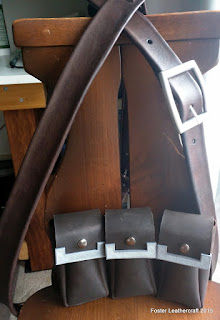