Skip to content
Cart (0)
I'm making some guesses here that the client in this case was a young woman who'se a big fan of Laine Hardy.  I confess I had to google who that was but he's the latest winner of the American Idol show.  The client and some of her friends were going to be meeting Mr. Hardy later in the month and they wanted a gift to give him so they asked me to make a custom guitar strap.
This was a bit tricky given my ignorance of Mr. Hardy or American Idol but at least there's a ton of photos I could use for reference.  I tried to combine elements of the guitar straps Mr. Hardy was using in those photos with the specs provided by the client and the result wasn't too bad.  I might've wished for the coloring on the flame to have turned out a bit stronger but the rest of the staining came out perfectly. 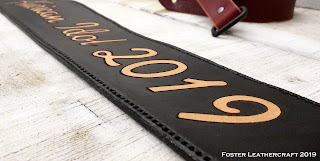 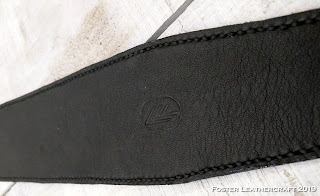