Skip to content
Cart (0)
Back in 2017 I made a collar for a lovely pooch named Radric. 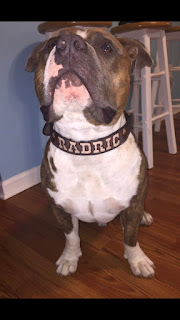 The client liked it so much that now that they have another young puppy they reached out to get another collar for her.  We had to wait a few months for Radric's sister to get big enough that she could be sized for a collar.  The client wanted to embed 8 malachite stones in the collar and by the time Jade was old enough to be sized I thought I'd figured out a good way to do that.  Then I got to actually producing the collar and realized there was a much better way of going about the whole thing. 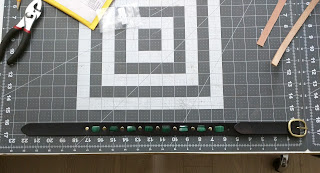 I'd originally planned to laminate the stones between two strips of leather and cut little windows in the top layer so they could be seen.  That's ancient solution for this sort of thing but it leaves a lot of the stone covered up and with enough time and jostling the stones can potentially work loose.  But as it happens the stones were basically beads, with little holes drilled through each one.  So I cut the windows to the exact size of the stones and ran a bit of jeweler's line through each stone on the interior of the collar.  Between each stone the line is secured around a rivet so it's not working loose anytime soon.  This way the stones are essentially sitting inside the top layer of the collar.  And between the leather and line they aren't going to fall out anytime soon. =) 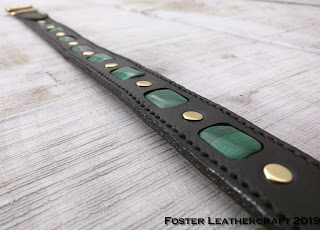 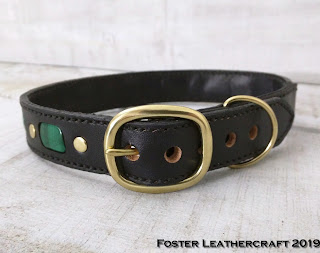 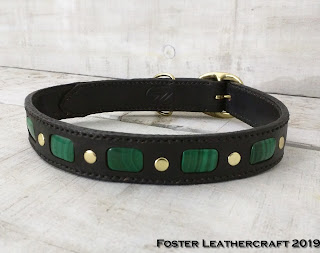