Skip to content
Cart (0)
This was the seventh toolbox to make it all the way through the drafting process but only the second to be fully built.  One of the glorious gentlemen from the excellent DM Block community was spiffy enough to give me another shot at trying out some of the improvements since I built my intial prototype.  This time around we started out using velcro as the fastener (a practicality > looking cool decision), using 1/4" fiberboard for the entire structure, 3D printing the corner caps, using Tandy's new concho hinges, and using foam & primer instead of felt & kote for the lining.

I was concerned at first that the thinner material might result in a flimsier result.  By the time I'd finished the assembly though I'd realized that the 1/8" fiberboard is plenty rigid when assembled correctly.  The final result feels just as sturdy as the prototype and it's just a scootch over half the weight (1 kg : 1.8 kg). 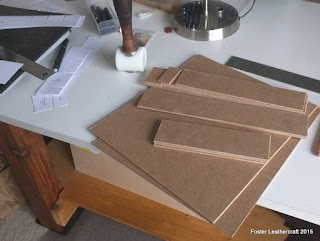 When I had an opportunity to start working on the structure we happened to be in the midst of a patented "Pacific Northwest Month of Drizzle".  That ruled out setting the jigsaw up on the balcony so I wound up doing all the cutting with handsaws and the dremel.  In hindsight, I think that worked out better than using the jigsaw.  The dovetails are all nice and straight, much more so than with the jigsaw. 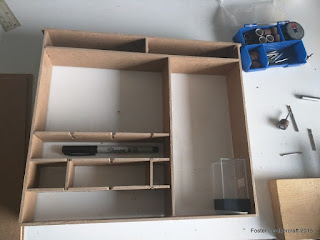 Printing the corner caps was unexpectedly challenging.  It's a simple print but my M3D printer was refusing to cooperate.  Adamantly.  I eventually just buried the prints in scotch tape so they'd at least finish printing.  They all came out pretty messy though so I figured I'd dress them up with aluminum tape.  That made them nice and metallic but next to the black goatskin they were pretty clash-y.  I fixed that by weathering them with some ink wash to tone down the aluminum a bit.  The result is a bit... unique but I like it. 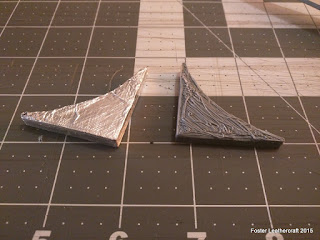 The primer and foam work much better than their counterparts.  For some reason I've been rather amused rolling dice on the foam as they tend to bounce around like billard balls and jiggle a bit when they stop. 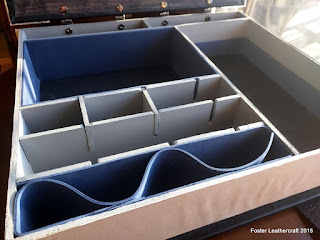 The final result this time is a marked improvement over the prototype.  There's still a couple kinks to work out, mostly in aligning the new hinges, but overall I'm pretty pleased with the result.  Though next time I work with fiberboard and primer I should remember to give the fiberboard the entire sanding treatment before hitting it with primer.  All those little feathers and burrs that lay flat at first turn into briars once the primer dries. 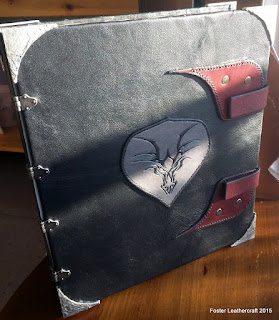 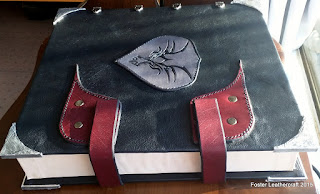 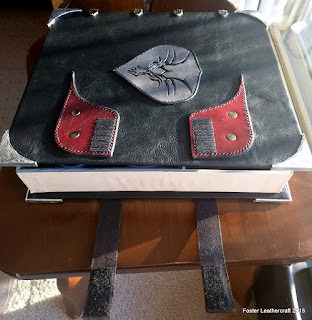 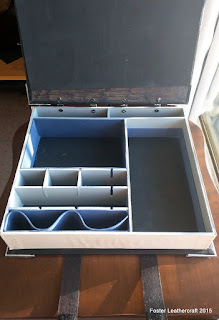