Skip to content
Cart (0)
I've been looking forward this order for awhile.  The client had the brilliant idea of duplicating the art on the cover of the original D&D Player's Handbook (PHB) and art from the classic Tomb of Horrors adventure on the lid.  Then, before they'd seen a real draft, they requested that I run with the notion so they could see what I came up with.  With specs like that I couldn't make anything less than super shiny. 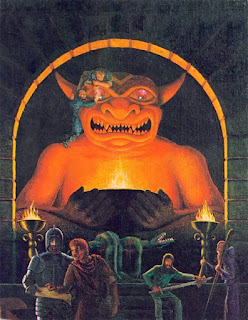 I have at times referred to getting a good or bad transfer and in this case I got both.  Fortunately I got the good transfer on the design that really needed that fidelity.  A little slop on the statue wasn't nearly as disastrous since it was more about the staining than the carving.  Normally I get a bad transfer if the print or the leather moves even the eensiest bit during the transfer process.  I've gotten a lot better about preventing that so now the most common problem seems to be the leather being too wet.  I'm pretty sure that's what's causing the blurry seeping shown above. 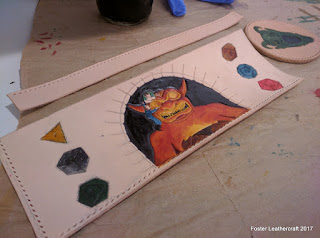 The trickiest part was always going to be the shading on the statue.  The tiny adventures were tricky on their own but it's the lighting on the statue that really "makes" the image.  I did my best to match the original by mixing and layering the stains to create that complex shading.  Then I smacked the whole area inside the arch with 2-3 layers of finish to resist the overcoat.  The last thing I wanted was some "accidental shading" from the gel stain.

The dice on the side were meant to come out a bit brighter a couple of the did (particularly the d6 and d8).  I stained them just a couple days before I received a new shipment of stains with a couple of colors I could've really used there.  Alas. 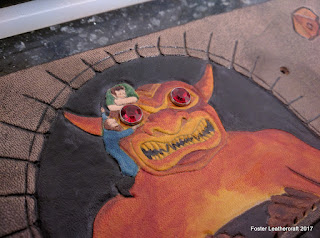 My coup de grace was using a couple gem rivets in place of the statue's eyes.  This required a slight alteration of the adventure's (since they were both overlapping the gem-eye) but I really like the effect.  Totally worth it. 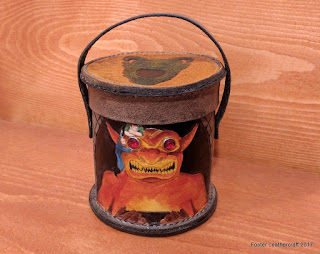 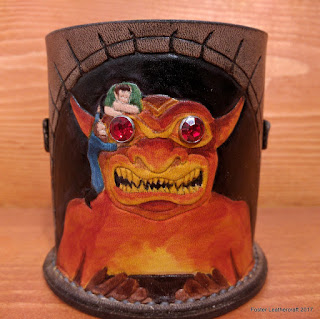 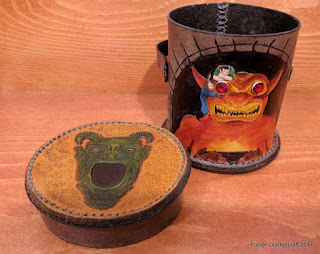 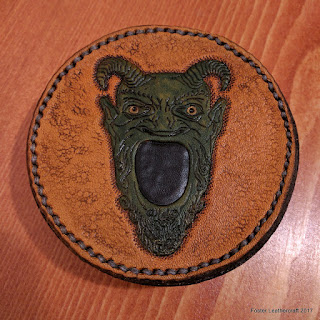 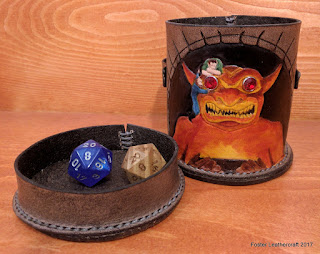 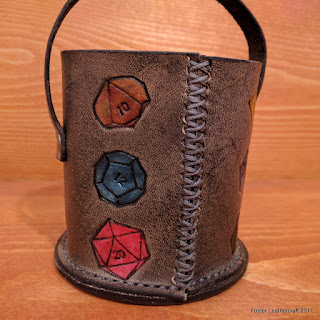 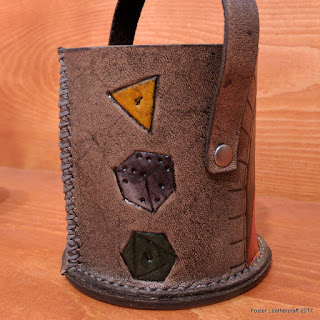