Skip to content
Cart (0)
I'm usually pretty good at predicting complications during the drafting phase, even with complex builds like cosplay.  This order had a couple of hooks I didn't see coming though.  The order was for a functional, leather harness like the Leather Armor in the Fallout 4 games.  The client had already purchased a the harness from another leatherworker but had never received anything more than pictures. 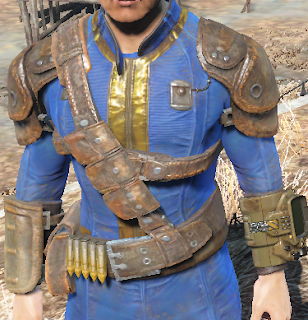 As is often the case with cosplay the drafting phase was pretty intensive.  I had a few measurements and lots of screenshots to work off.  From previous experience I knew that buckles larger than 2" are just about impossible to find so I made the assumption that the belt was 2" wide and scaled everything accordingly.  That was the first "whoops".  It would have been more cumbersome but I should have used the avatar as my meter when figuring out the scale.  This became evident once I started production and found that the pouches were a bit smaller than they should have been.  In fairness, it wasn't that big of a difference.  The pouches are still about 80% of the size they should probably have been and the relative sizes are spot on to the photo references.  Aside from the tiny trio (mostly decorative to begin with) in the back they were all large enough to be practical, usable pouches. 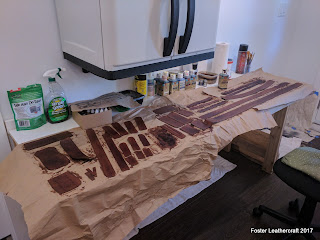 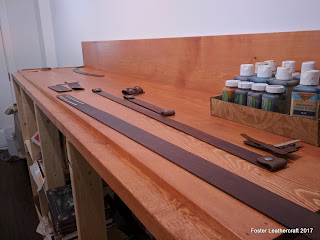 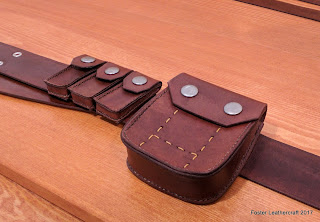 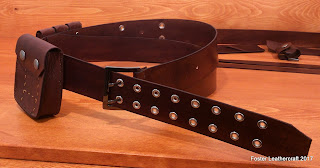 About half-way through the production, after I built the belt was was preparing to work on the bandoleer & chest pouches, the client let me know what they'd intended to carry in the harness.  More importantly I found out the measurements for those items.  Even if all pouches had been to full scale they might not have been large enough for the wallet and phone they wanted to carry.  It was too late to modify the belt so I had to decide between making hasty alteration to the chest pouches or starting over from scratch.  If this had been the only order I was working on at the time I probably would have started over but that would've meant delaying the other orders I had, one of which had a hard deadline.  So in the 9th hour I cut new leather for the chest pouches and made them waaaaaaaay larger than the scale.  They wound up so big that all three of them wouldn't fit together on the front of the bandoleer and one had to be moved to the belt. 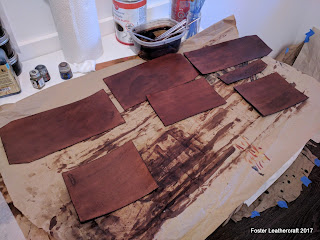 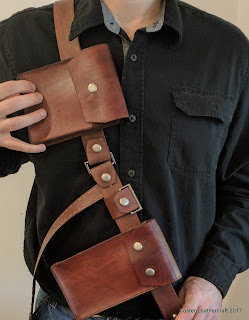 I'm conflicted but, I think, ultimately satisfied with the work I did here.  If I'd just had the specs at the start though I could've made a harness that perfectly matched the game art.  At the very least something closer than what we got.It was a rough situation that I tried to make the best of and, most importantly, the client is happy with the result.  The harness fits their stuff and it's solidly made, perfect for traipsing conventions and ren faires with. 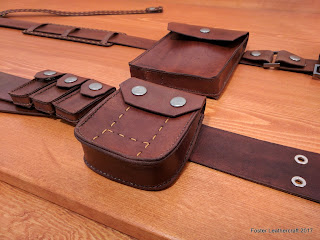 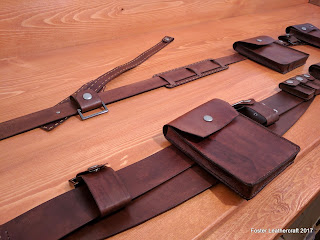 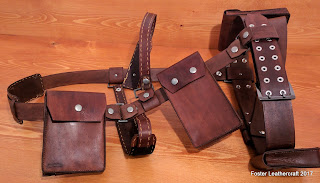 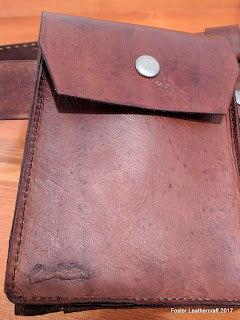