Skip to content
Cart (0)
It's only Tuesday and I've already knocked out three orders.  To be fair, none of them were particularly intensive though I did wind up clocking some "overtime".  I could've finished up the scarf slides tomorrow easily enough but I might have a big order starting tomorrow and wanted to clear the bench in case the client hits the purchase button.  If not then I can work on the map case.

The first two orders were a couple more shoulder straps (making a lot of those lately!) though one of them had the novelty of being mahogany brown instead of medium brown.  The pictures make it look pretty purple but that's mostly the lighting I think.  The third order came in from Twitter yesterday and includes two dozen "triangular scarf slides" for a cub scout leader down in the States.  I don't usually send items off unfinished but in this case the cub scouts will be doing the stamping and staining themselves (which is shiny!).  In researching the items all the scarf slides I could find were die-cut so I made sure to bevel these and give them a bit of a border so they have a little something the usual kits won't.  I went ahead and added them to the shop too because why not?  Maybe there'll be some other scout leader somewhere with a similar need. 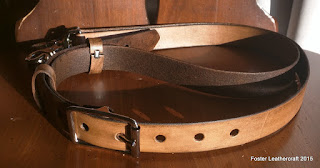 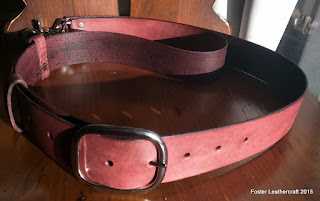 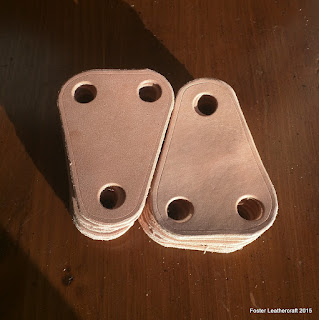 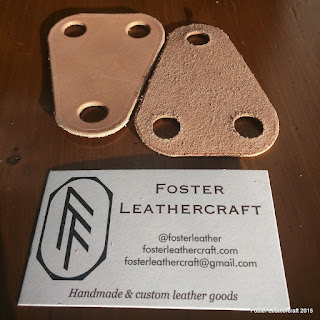 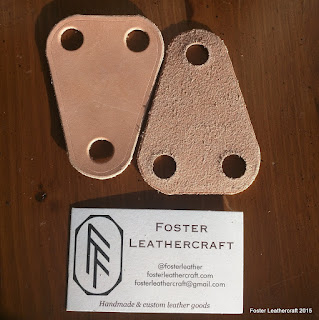 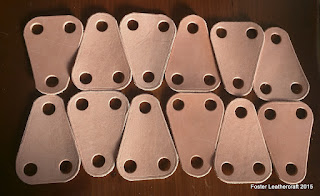 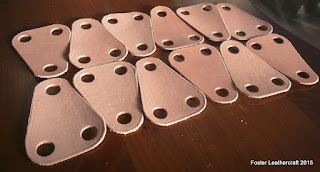