Skip to content
Cart (0)
This was one of those orders that took buckets of blood, sweat and tears but it was all worth it in the end.  My wife's been saying I should make a 5e bag of holding out of leather since 2015 (or at least I have notes going back that far) but I never had the opportunity to invest the time and materials to really develop the idea.  That changed back in May when I received back to back requests from two apparently separate clients for exactly this idea.

Turning my notes into a draft took a month and then my first swing at production turned out to whiff.  I'd been planning to engrave oiled leather then inlay canvas to make the various designs with some sturdy layering.  Once I got to it though I quickly realized that once it was cut the canvas wasn't stable enough to inlay.  It would deform or fray or generally not be up to snuff. 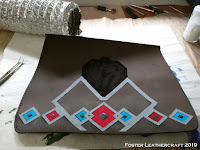 So mid-production I had to shift approaches.  I swapped the oiled leather for milled veg and replaced the inlays with paint and stain.  I'd been afraid the paint would be patchy or uneven but paired with engraving it came out fairly clean.  To get the cleanest cuts and engravings I often had to pass the same component through the laser cutter multiple times.  That introduced the challenge of how to get the alignment even for each cut.  I used everything from jigs to very low power scores to to get that sorted 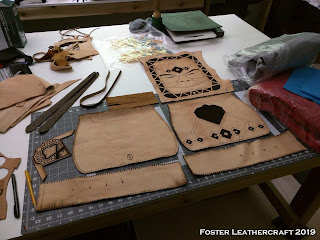 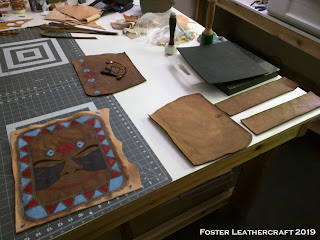 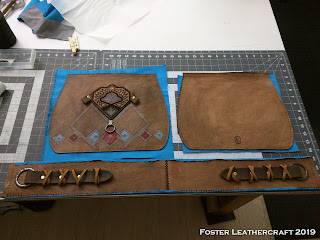 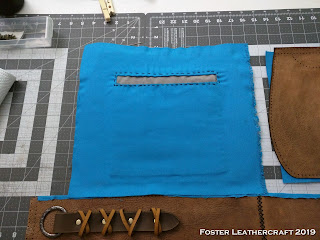 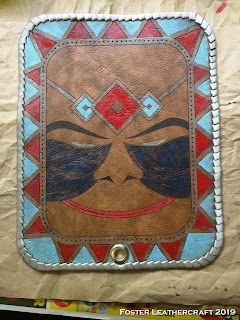 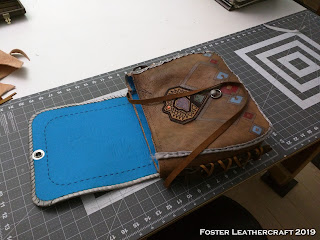 For all that the result is pretty grand.  The bag has a nice feel and heft to it.  It holds its shape pretty well but it's flexible enough to swish if pushed.  And it perfectly fits the core books and a little extra.  I have a few tweaks I'd like to make but it came out so well I've already added it to the shop! 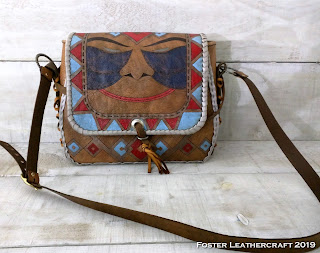 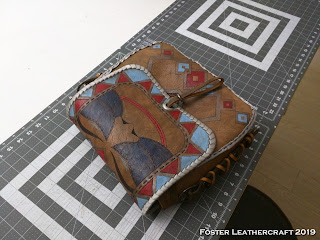 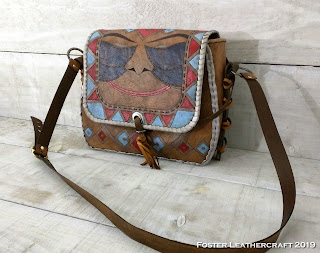 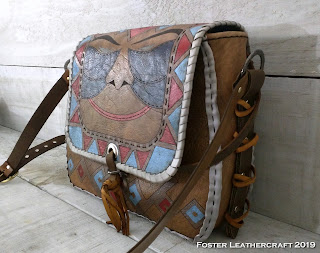 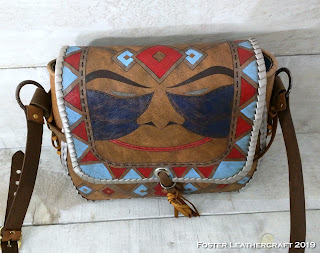 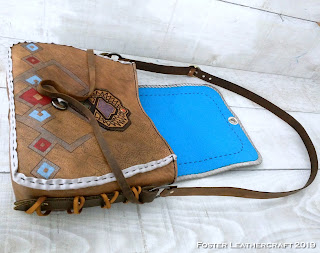 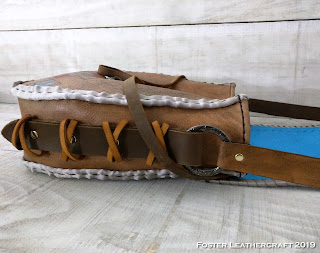 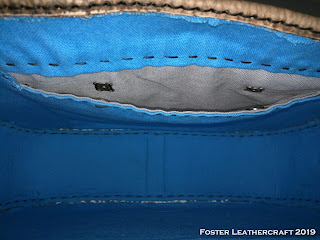 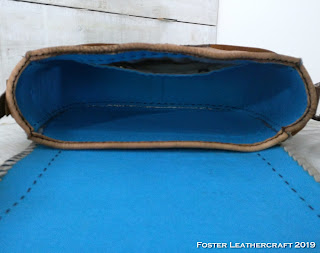 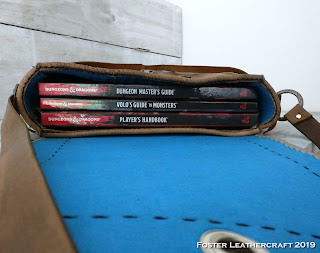 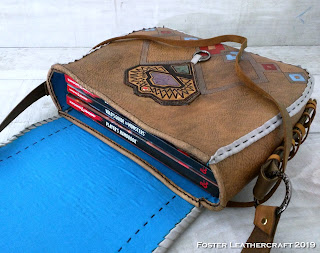 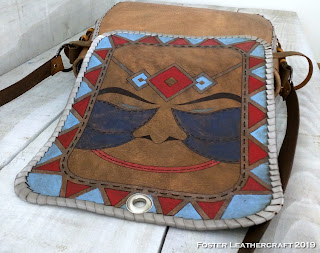 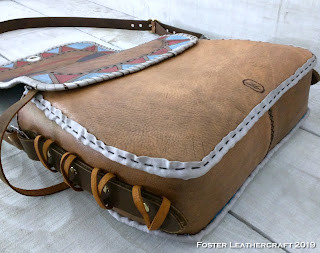